Mespotamia: The Cradle of Civilization

Mesopotamia is one of the world's oldest civilizations.  It is also called "The Land Between the Rivers" because Mesopotamia developed between the Tigris and Euphrates rivers in the Middle East.  Today, the land that was Mesopotamia is the country of Iraq.  The purpose of this unit is to familiarize us with the people and groups who lived in the "Cradle of Civilization" and to introduce us to the important inventions they created.  As you learn, consider the ways in which our culture differs from ancient Mesopotamia. 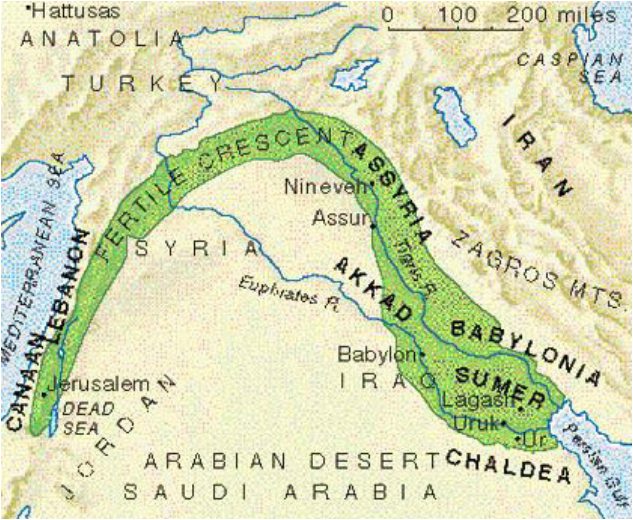 
Mesopotamia Map Project
Go to Google Classroom to pick up your copy of this assignment.  Search for ancient Mesopotamia maps and use Google Maps to help you label the geographic features, bodies of water, and city-states.

Primary Sources: Mesopotamia
You will find your copy of this document in Google Classroom. Read short excerpts from primary sources and answer the document-based questions.


Diagram an Irrigation System
Using the video above, create a diagram of an irrigation system using Google Drawing.  Go to Google Classroom to pick up your blank Google Drawing document.


Video #2: Development of the City-State


Primary Source: Herodotus' Description of Babylon
Your copy of this document is located in Google Classroom. Close read this document by highlighting key information about the structure of the city. Then, create a Google Drawing of a city-state based on the information Herodotus provides.

Choose Your Own Adventure: A Trade Story
Go to the "A Trade Story" website and navigate through the site to have an adventure! Choose your path through the story and document your choices in the document you will find in Google Classroom.  What do you decide to do each step of the way and why? Reflect on your journey and what you have learned about Sumerian culture when you are finished.

Mesopotamia Research - Comparing Multiple Sources
Select three of the following resources about Mesopotamia.  Record and compare the information each source provides using your copy of the spreadsheet provided in Google Classroom.

The Dawn of Civilization


A. Beginnings of Agriculture

Video:  Transistion of Hunter Gatherer to Farmer in Sumer

B. The People Ain’t What They Used to Be

Video: Development of Trade in Mesopotamia

C. The Creation of Kingship (monarchy) Video: Power, Authority, and Governance in the Sumerian City- State

D. The Importance of Priests

Video: Development of Writing in Mesopotamia

The Epic of Gilgamesh


A. Gilgamesh the King

B. Gilgamesh the Legend

Sapere Aude! How is the moral of The Epic of Gilgamesh relevant to life in the modern world? Support your rationale with examples.

The End of Sumerian Civilization


A. Those Darn Akkadians!

B. Sumeria – a Mesopotamian Blueprint


A. When the Assyrians come, you better pray for salvation!

But that’s another story already told.